Why tungsten, niobium and tantalum are critical raw materials

Critical raw materials (CRMs) have been listed by the European Commission according to their Supply Risk (SR) and their Economic Importance (EI) for the European Union (EU) industry. Other parameters involved in the evaluation are: the import reliance, the substitution index and the End-of-Life Recycling Input Rate (EoL-RIR), which includes recycling from post-consumer scrap to replace primary raw material. In this article we analyse why tungsten, niobium and tantalum – the target CRMs of the H2020 RIA TARANTULA (or just TARANTULA) project – are critical for the EU and how TARANTULA can mitigate the criticality of these CRMs. TARANTULA’s objective is to develop a toolkit of novel, efficient and flexible metallurgical technologies with high selectivity and recovery rates with respect to tungsten, niobium and tantalum. 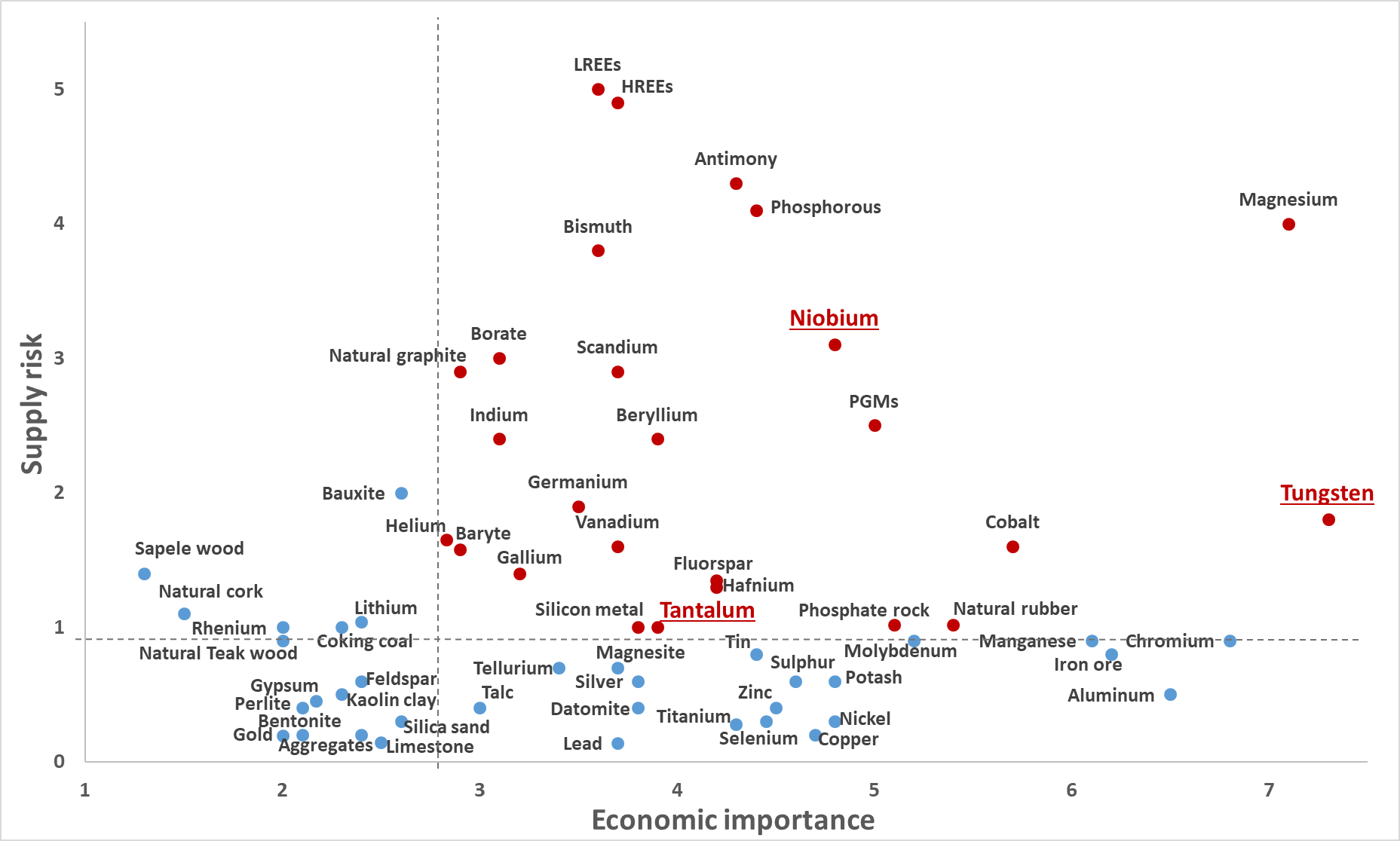 Figure 1. Criticality assessment results from the EU report (2017). The elements in red are critical for the EU. Tungsten, niobium and tantalum have been highlighted. 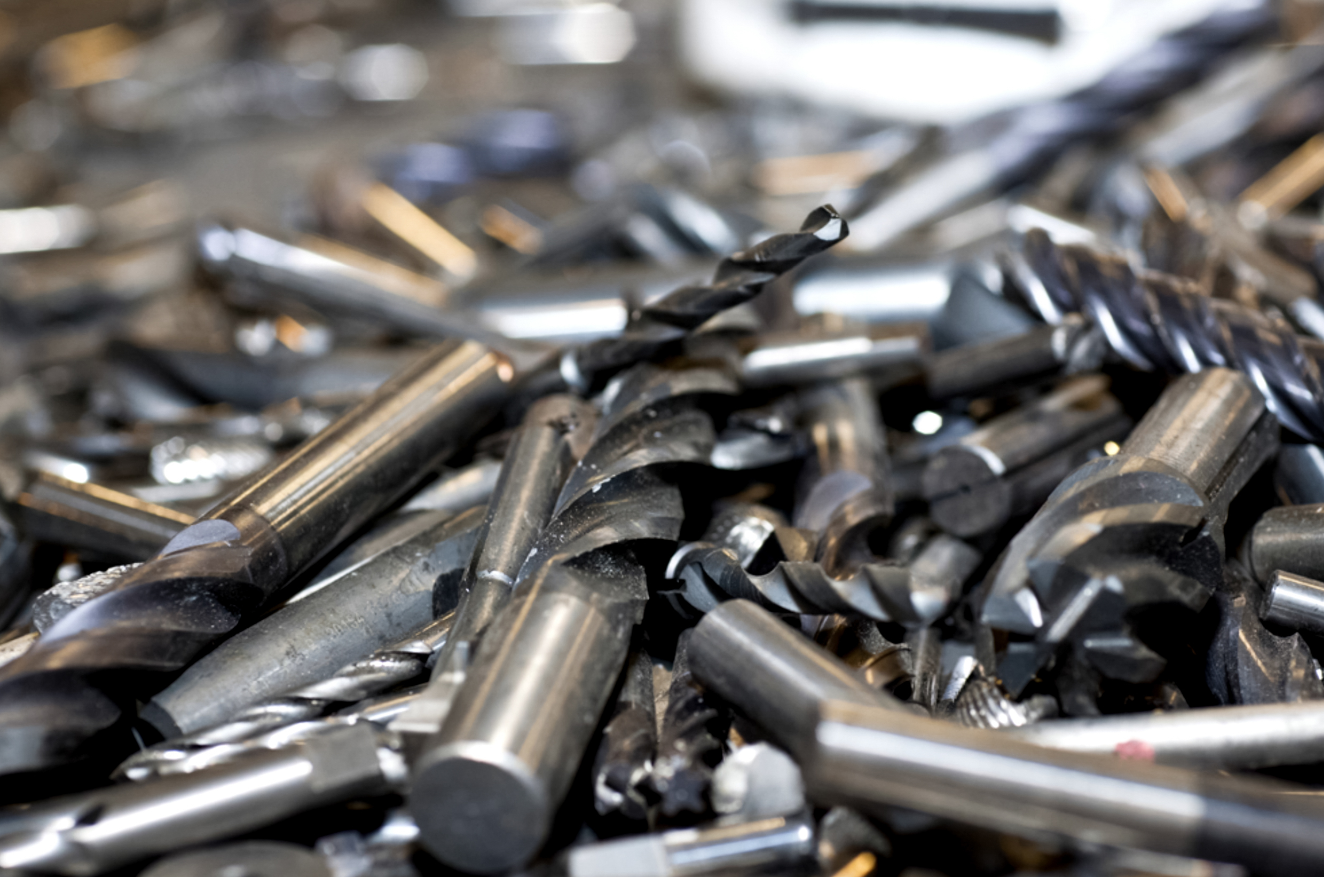 Other applications – mainly from the points (i) and (ii) are more industrially relevant applications: drilling (see image) and milling tools, high-resistant steel, constructions material for (fusion) reactors, etc. The importance of all these applications for the EU industry and the low substitutability of tungsten give it the highest “Economic Importance” (EI) of all the raw materials.

In fact, the EI does not only depend on the end-use applications of a raw material but also on the performance of possible substitutes in the same applications. In contrast, the “Supply Risk” (SR) of tungsten is rather low (1.8) since 50% of the EU tungsten is sourced within Europe itself through Russia, with an import reliance of 44%.

Tungsten also has a significant End-of-Life Recycling Input Rate (EoL-RIR), sharing the 5th position with perlite in the EoL-RIR ranking of all raw materials. This high EoL-RIR is due to its high EI and also due to the fact that most of its applications are for industrial applications and not for retail trade (i.e. there are no intermediate collections between the source of the secondary raw material and the corresponding processing facilities).

The TARANTULA project can even lower the SR, by scouting alternative sources of tungsten within Europe, from both primary and secondary sources. The purpose of TARANTULA is not to find substitutes to tungsten, therefore no impact is expected on the EI of this metal. However, the results from TARANTULA’s Work Package 5 “Production of metal, carbides and metal oxides” could yield a minor contribution in the lowering tungsten’s EI. 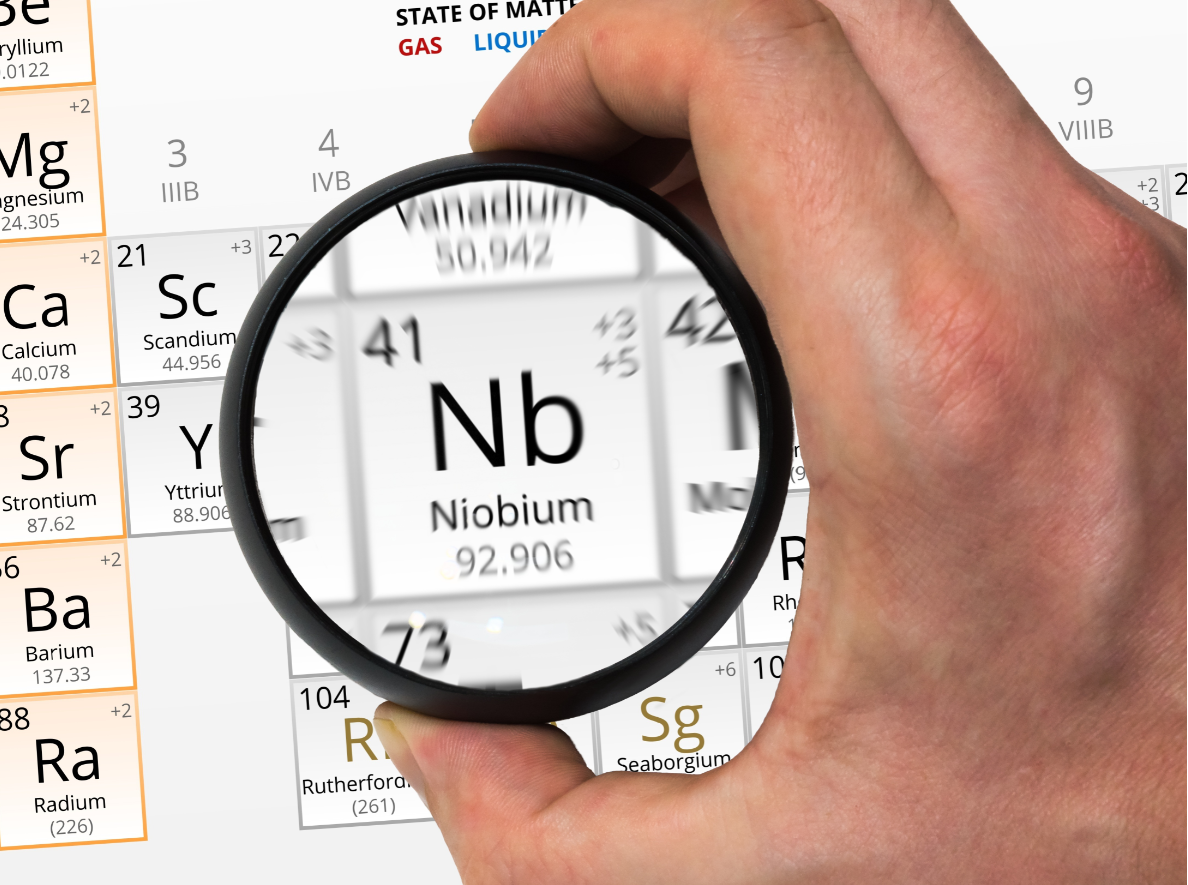 Niobium (Nb). Niobium (see also featured image) is in the middle of the SR/EI plot. This means that both its SR and its EI are quite high. In contrast with tungsten, niobium has a 100% import reliance and a 0% EoL-RIR: in other words, Europe really depends on primary sourcing, namely from Brazil, for its niobium supply.

The key supply chain stage which is responsible for niobium’s high criticality is the processing step and, in particular, the refining of ferroniobium. The latter represents about 85-90% of the total niobium demand.

In fact, the main application of niobium, which drives its EI, is in high-strength low-alloy (i.e. HSLA) steels, where it is employed as ferroniobium, rather than as pure metal. HSLA steels enriched in ferroniobium offer a good corrosion resistance and high strength with a low weight. They are used in: (i) gas and oil pipelines; (ii) the construction of chemical reactors; (iii) car and truck bodies, ships hulls, railroad trucks…

Other interesting applications for niobium are: as oxide for camera lenses and coatings on display glasses (for its high index of refraction and light transmittance); as powder for capacitors (for its high dielectric constant); in alloys with titanium for superconducting magnetic coils and magnetic levitation transport systems (for the very low electrical resistance of this alloy). 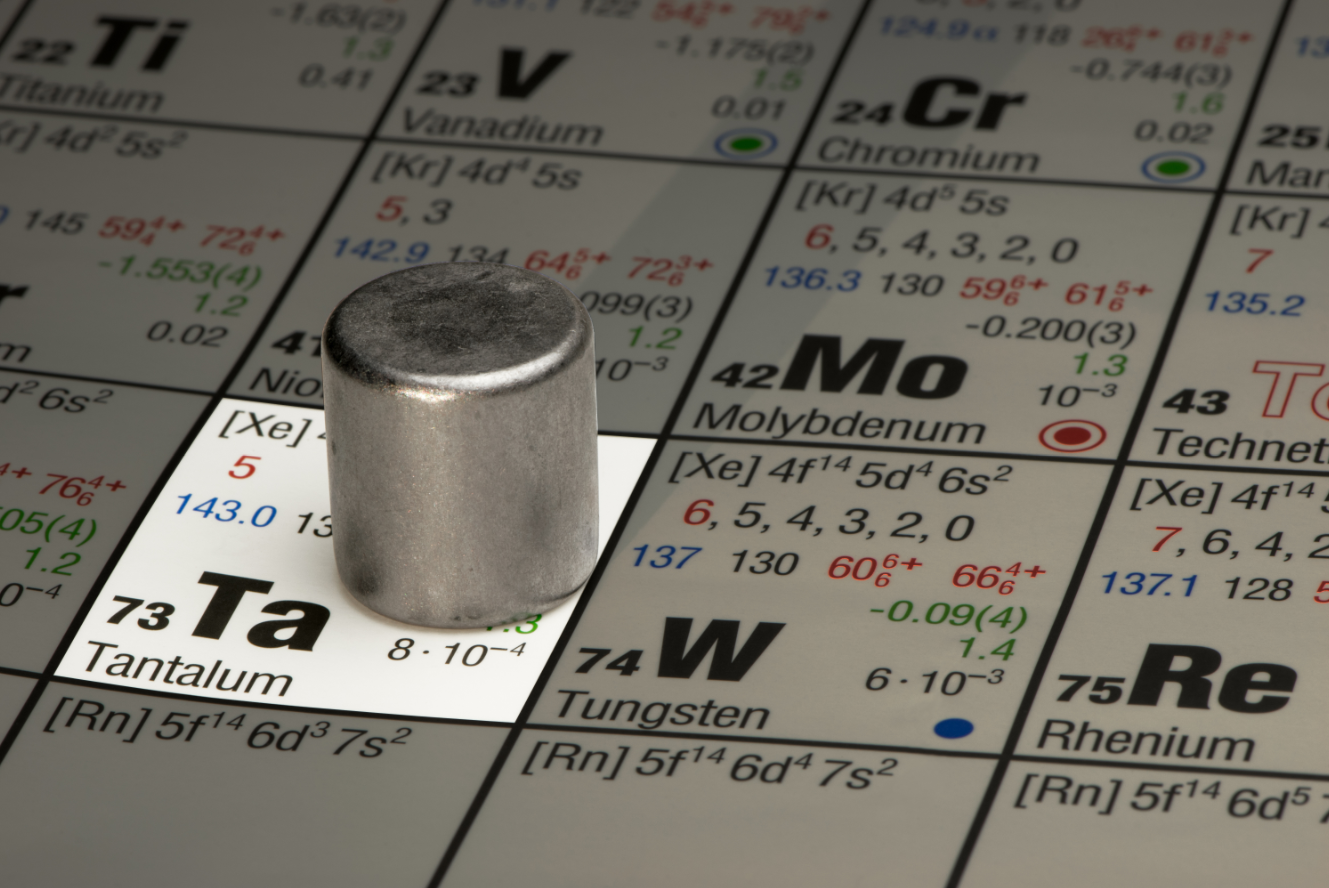 The stage evaluated for criticality is the extraction, which for EU supply (import reliance 100%) mainly occurs in Nigeria, a country with a significant “world governance index” (tantalum and tungsten trade are protected by the Conflict Mineral Regulation).

TARANTULA targets to promote efficient extraction flowsheets from EU sources. On the other hand, the EI of tantalum almost halved from the 7.4 value of 2014 to the 3.9 value of 2017. It has to be specified that, with the revised methodology, the maximum of the EI scale decreased from 9.0 in 2014 to 7.5 in 2017.

In case of tantalum, however, the lowered EI depends on its different allocation. It moved from the mega sector (electronics) in 2014 to the manufacturing sector in 2017. About 25-30% of tantalum is still used for capacitors (for its wide operational range of temperature and its small size per electrical storage capability), but expanding applications are surface acoustic waves for smartphones, computers, tablets (for the improved quality of sound and video); sputtering tools (to prevent copper migration) and fabricated sheets both for prosthesis (for its high biocompatibility) and for furnace parts (for its very high melting point, ≈3000 °C).

Once more, it is not expected that TARANTULA will have an impact on these applications, nor on the substitution index of tantalum, but it can definitely affect the SR by establishing EU tantalum sourcing pathways.

Do you want to read more about the assessment of critical raw materials and the applications of tungsten, niobium and tantalum? Check the references below and stay tuned with the TARANTULA newsletter (https://h2020-tarantula.eu/newsletters-policy-briefs/)!