I am coordinating two EU projects: NEMO, which is about mining; and GRIDABLE, which is about electrical insulation. Both are H2020 innovation action projects. I am also leading a work package in ITERAMS, which is a H2020 mining project. Additionally, I am working with industry concerning my old doctoral thesis topic of polymeric sensor films. In the near future, I am aiming to be involved in research topics within the circular economy of plastics. 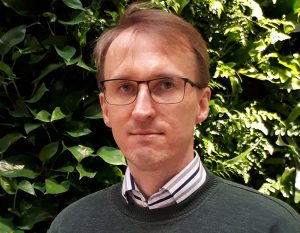 The possibility to be successful in a demanding scenario where many talented people with multidisciplinary knowhow work together to solve a complicated and highly ambitious problem. It is not enough to solve the problem technically, but it also requires a social, ecologic and economic acceptance of the result, which comes via communication and cooperation.

I work at VTT in Tampere. Tampere is not a large city, but with its 230 thousand inhabitants, it is the largest in-land city in Scandinavia. VTT is a multidisciplinary research center, which offers a possibility to be part in remarkable professional networks and to learn new technologies based on one’s interest. 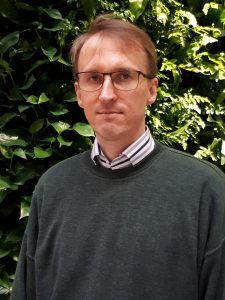 Mika Paajanen was born in Jyväskylä, Finland in 1969. He is principal scientist at VTT and has experience in functional and nanocomposite thermoplastic materials. He has studied physics, material science, measurement and information technology and electronics in Tampere University of Technology. He has previously worked in group manager and team leader positions between 2004–2011, as a research coordinator of VTT’s nanomaterial research between 2006 and 2007 and as a program manager for “Functional materials innovation program” within VTT between 2008 and 2009.