Brecht Dewulf started his PhD in the Lab of Inorganic Chemistry supervised by Prof. Koen Binnemans. He is interested in non-aqueous solvent extraction for the separation of rare earths. 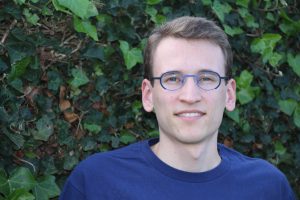 I am going to investigate non-aqueous solvent extraction for the separation of rare earths. The great challenge I will face is to gap the bridge between traditional metallurgical operations (hydrometallurgy, pyrometallurgy, …) and solvometallurgy. My part in the project includes the solvent extraction process development and the upscaling of the process using mixer-settlers.

First, I am working on solvometallurgy, which is a relatively unexplored topic. It is always great to be able to pioneer in something. Secondly, we are working towards a real-life application of this new technology in the mining industry. To be part of this, is amazing.

I am working as a PhD student at KU Leuven, in the research group of Prof. Koen Binnemans. When I started as an internship student in his group, I felt immediately ‘home’. I have a lot of amazing colleagues, and the broad range of nationalities makes it very interesting. Also, the city of Leuven is wonderful. It is small, charming and bustling, with a lot of activities organized for/by students. Besides, I am able to return to my hometown, Ieper, which is a beautiful city I will always cherish.

What’s something you want to do in the next year that you’ve never done before?

One year ago, when I was in the train heading home after a week of studying in Leuven, I told a friend that if I would still be in Leuven in the next year, I wanted to learn to play music, I wanted to play the saxophone and would enroll myself. And as of September 2018, I enrolled myself at the music academy in Leuven and I just had my first courses in solfège. 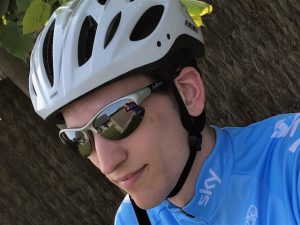 Brecht Dewulf was born in Waregem (Belgium) on July 12, 1995. He obtained his bachelor degree in chemistry in 2016 at the KU Leuven campus KULAK, after which he continued his master studies in Leuven, where he received his master’s degree in chemistry in 2018. During his studies he focused on recycling and renewable materials. He is familiar with polymer chemistry, having worked on projects such as compatibilisers for reprocessing of mixed-polymer waste streams (VKC-Centexbel), the development of carbon fibers from renewable resources and the selective modification of cellulose nanocrystals. During his master years, his interest in inorganic chemistry grew. He worked on the selective leaching of zinc from cathode ray tube phosphor waste and on the separation of yttrium and europium using non-aqueous solvent extraction, both projects supervised by Prof. Koen Binnemans. In August 2018, Brecht started his PhD in the Lab of Inorganic Chemistry, again supervised by Prof. Koen Binnemans. He is interested in non-aqueous solvent extraction for the separation of rare earths and wants to gain expertise in solvent extraction process development.