What is the link between Brexit and Deep Eutectic Solvents (DESs)? Well, Stelios Spathariotis (Early Stage Researcher (ESR) at the University of Leicester (UK) in the EU MSCA-ETN SOCRATES project) has embarked on a highly original and artistic method to reach out to a broad audience with his work and convey a message of togetherness. Supervised by Prof. Andy Abbott, the renowned DES expert, Stelios has been researching the selective recovery of metals using DESs within the SOCRATES project. Stelios worked extensively on cementation and he found that the DESs have many good properties for dissolving metal salts and later recovering the metals from them. The metal solutions in DESs form different colours depending on their speciation. In their “Fifty Shades of Grey” project, Stelios and Andy created a Union Jack art piece made by fifty different spots of metal colour, yielding fifty different shades of grey. The work is to be considered as an anti-Brexit piece of art that wants to bring people together and to highlight the multicultural character of the UK. In this blog article by Stelios, taken from the SOCRATES project website, you can read (and view) about this work of art. We congratulate the University of Leicester for this wonderful work of public outreach! (PTJ, Leuven, 25/09/2018). 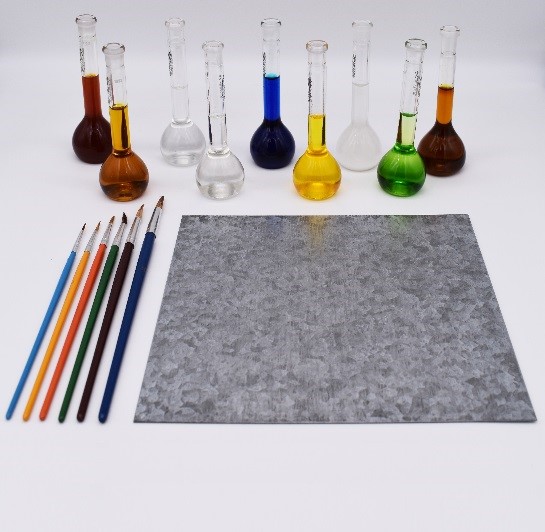 Cementation is defined as the precipitation of a noble metal when it comes into contact with a less noble one. Since Roman times, this process has been applied in many metallurgical industries for contact plating, recovering valuable metals from waste solutions etc. However it has never been used before for painting! Stelios (ESR 5), in his research towards the selective recovery of metals, worked extensively on cementation and he found that the so called ‘Deep Eutectic Solvents‘ (DES) have many good properties for dissolving metal salts and later recovering the metals from them. The metal solutions in DES form different colours depending on the speciation. The slightly increased viscosity of the DESs enables them not only as promising solvents but also as fancy dyes for artistic applications!

Stelios started working on many artistic projects to test this capability. Different metal salts were dissolved in a DES and then brush-painted onto a piece of galvanized steel. The zinc on the surface reacted with the metals in the solutions and depending on the kinetics and the concentration of the metal, different characteristics of the cemented metal were obtained. However it was observed that all the metals formed a greyish deposit and this brought about the idea for the “Fifty Shades of Grey”-project which shows the cementation process as a form of art. Together with his supervisor prof. Andy Abbott, he created a Union Jack art piece made by fifty different spots of metal color to give those fifty different shades of grey. 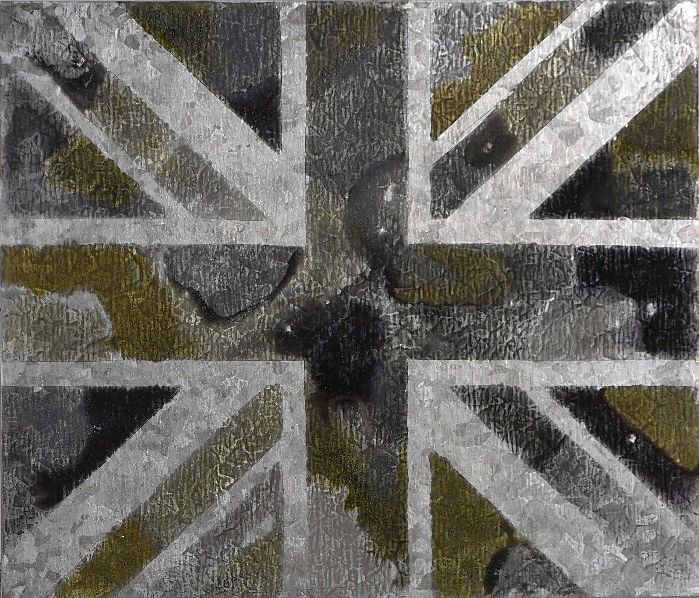 The reason behind the idea is to highlight that the British culture is made up from people from all over the world. All those fifty shades of grey represent fifty different cultures that have been united to form the British culture. One could say that it is almost an anti-Brexit piece of art that wants to bring people together and to highlight the multicultural character of the UK.

There is also an element of social equality since all the shades are based on grey. Gold and silver (valuable metals) usually give colored deposit, but in this case even these expensive materials (the ‘rich’) are only a shade of grey just like any other. In this painting, all different kind of metals were included to make it look artistic. As such, it pleads that all kinds of people must be included in a strong and complete society.

The piece itself will take part in several art exhibitions including the New Walk museum in Leicester and the Royal Academy of Arts summer exhibition in London. It will be sold afterwards. With his work, Stelios wants to show that science is not a lonely path, but that it can be fun and creative. He wants to encourage more people to get involved in science in this creative and fun way.

You can watch how the “Fifty Shades of Grey” Union Jack was created by following the link: 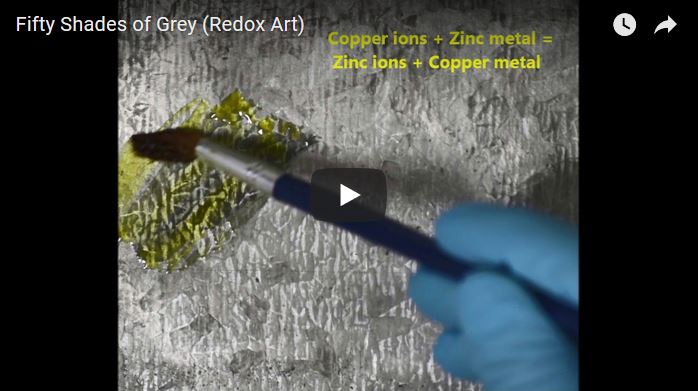 ESR5, Stelios Spathariotis is a licensed Metallurgical Engineer. He studied mining and metallurgical engineering at the National Technical University of Athens and continued his master’s there in Metallurgical engineering working on the recovery of Aluminium from Ionic Liquids. In 2016 he obtained an MSCA-ETN scholarship and is currently working as a researcher focusing on the recovery of strategic metals from DES in the University of Leicester. Stelios is a passionate and ambitious person with many interests. He is constantly seeking to improve himself through gaining knowledge and living experiences. You can always get in contact with him at: